When I finished Norwegian Wood two years ago, I liked it a lot and I found myself looking for other books like it.

I thought the obvious choice would be to read Murakami’s other works, but it’s not quite the case, because the author has a pretty huge range. For example, I’d never compare Norwegian Wood to Killing Commendatore, even though they were both written by him.

So to make it easier for those who are also looking for books like Norwegian Wood, I have picked twelve books that I think you’re going to like.

Table of Contents show
1 Books Like Norwegian Wood
1.1 Sputnik Sweetheart by Haruki Murakami
1.2 South of the Border, West of the Sun by Haruki Murakami
1.3 The Remains of the Day by Kazuo Ishiguro
1.4 Never Let Me Go by Kazuo Ishiguro
1.5 The Sportswriter by Richard Ford
1.6 A Tale for the Time Being by Ruth Ozeki
1.7 What We Talk About When We Talk About Love by Raymond Carve
1.8 The Vegetarian by Han Kang
1.9 Dom Casmurro by Machado de Assis
1.10 Stoner by John Williams
1.11 The Old Man and the Sea by Ernest Hemingway
1.12 Heaven by Mieko Kawakami
2 Wrapping Up

From the same author himself, the first book that’s similar to Norwegian Wood is Sputnik Sweetheart.

They are both narrated in an identical way, with the same sort of hapless hero and a missing friend woven in and out of the plot. But at the end of the book, you will find more of the magical realism element the author is known for.

South of the Border, West of the Sun by Haruki Murakami

Norwegian Wood is an exception in Murakami’s body of work — a realistic, rather than magical realist novel.

However, South of the Border, West of the Sun might appeal to you who enjoyed Norwegian Wood.

The Remains of the Day by Kazuo Ishiguro

If you’re looking for slow-paced novels featuring a self-discovery of a helpless main character, Kazuo Ishiguro is the author you’re looking for. And The Remains of the Day is an excellent work by him to start with.

I find it similar to how, in both Remains of the Day and Norwegian Wood, the characters’ thoughts are so interesting.

Even though neither book is event-centered and nothing really happens, I can still be engrossed in the story because of the protagonist’s point of view and experiences.

Another book by Kazuo Ishiguro that I’d recommend is Never Let Me Go.

Ishiguro is known for choosing the details of his setting and the time period after the plot has been written. This means that the reader’s focus is always on the characters’ inner lives and development.

The Sportswriter by Richard Ford

The Sportswriter is the first book in the Frank Bascombe trilogy. It has similar themes and tones to Norwegian Wood.

In the novel, sportswriter Frank Bascombe struggles to come to terms with recent losses in his life. He experiences heart palpitations, the occasional pounding of the heart, and a loss of confidence in his abilities as a writer.

A Tale for the Time Being by Ruth Ozeki

Murakami will come into the picture when you are reading this book.

It’s a hauntingly beautiful story from a Japanese American writer. In addition to that, the book will make you learn about Buddhism, science, and Japanese culture.

As the title suggested, the book is about love.

If what you’re looking for in books that are similar to Norwegian Wood is about the interaction between a couple, you will also find it in most of the stories in this collection.

The Vegetarian by Han Kang

From the premise, you may find The Vegetarian is more intriguing than Norwegian Wood. The story centers on a woman named Kim Yeong Hye, who decides to become a vegetarian after being plagued by constant bad dreams.

The book has the same melancholic feel and overall, it’s an easy read and well worth the time.

Some of the themes in Norwegian Wood are also present in Machado de Assis’s novel Dom Casmurro. The novel explores human failings, our tendency toward self-destruction, and our enslavement to our own nature.

It’s a well-written book as a whole that is romantic, melancholic, as well as very entertaining.

Stoner by John Williams is a poignant story of a man’s life. Written in a simple yet eloquent style, the book has an understated tone that will appeal to fans of introspective literature.

It tells of William Stoner’s upbringing on a farm and his attendance at the University of Missouri, where he fell in love with literature and teaching.

The Old Man and the Sea by Ernest Hemingway

The Old Man and the Sea by Ernest Hemingway gave me the feeling of being immersed in a sea of sadness. It’s one of the books similar to Norwegian Wood because it inspires a sense of calm, quiet introspection.

The novella is about an old fisherman, Santiago, who is down on his luck. His hands are so crippled from arthritis that he can no longer fish. His boat is old and battered, in need of repair. He’s also having trouble finding fish to catch.

One day, he decides to go out into the Gulf Stream for the biggest challenge of his life: a giant marlin.

It’s easy to draw into the story of Heaven by Mieko Kawakami and feel the characters’ struggles. And for me, the novel evoked similar vibes as when I was reading Norwegian Wood.

In the novel, a 14-year-old boy is continually tormented by his classmates for having a lazy eye. The boy does not resist his tormentors; instead, he chooses to suffer in complete resignation.

The only person who understands what he is going through is a female classmate who suffers similar abuse at the hands of her tormentors.

You can find more books with disheartening themes in my post about books like A Little Life.

Many know Murakami as a Japanese author whose strength is writing magical realism. However, we don’t really find the same elements in Norwegian Wood as in Kafka on the Shore or Wind Up Bird Chronicle. Therefore, you may find a hard time looking for similar books like it.

I hope I made it easier for you by listing the twelve books like Norwegian Wood above that will give you the same vibes as when you’re reading the Murakami’s work. Enjoy your reads! 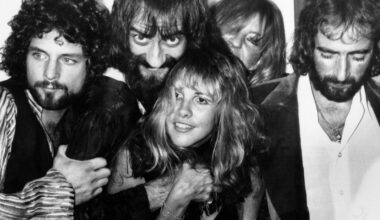